Will My Husband Come Back After His Midlife Crisis?: Tips To Increase The Odds That He Will 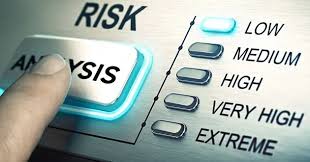 I hear from a lot of wives who are living in uncertainty because of their husband’s midlife crisis. Many hope that this is a problem that is eventually going to pass. But having that sort of faith becomes more difficult when your husband has actually left you due to his new change in lifestyle.

I heard from a wife who said: “within the last eight months, my husband has undergone some major changes to his lifestyle and personality. In fact, once he turned 50, his whole outlook changed. It was as if he wanted to make up for lost time. He quit his job, started working out like crazy, and traded in his car. He started participating in crazy hobbies like sky diving and racing motorcycles. I tried to have patience with this because I knew that it was probably a midlife crisis and I hoped it would pass. I was making fun of him in my own mind but I never said anything out loud because I hoped that the whole thing would be over quickly and I didn’t want to hurt his feelings. However, last week, he came home and told me that he was leaving me and moving out. I was stunned. I asked him what brought that on and he said that he was just evaluating what wasn’t working in his life. He said that none of us are going to live forever and that life is too short to spend it being unhappy. It’s devastating to hear that I’m something that isn’t working in his life or something that he thinks is making him unhappy. Some of my friends have gone through this with their husbands and they assure me that this should pass. They say that once he gets over his midlife crisis, he will come back to me. Is this true? Is there anything that I should be doing in the meantime while I’m waiting?” I will address these questions in the following article.

There’s No Guarantee That He Will Come Home After His Midlife Crisis Has Passed, But Many Husbands Do: I find that many wives will dismiss the midlife crisis as something that is less than serious. I hear comments like: “oh, it’s just a midlife crisis. It will pass when he sees how stupid he’s acting.” But it can be dangerous to make these types of assumptions. Some of these men do not come back after a midlife crisis. Some of them meet up with younger women and have affairs which must also be overcome. Some men don’t discard the lifestyle. I’m not telling you these things to be negative. But I want to stress that it can be a mistake to assume that any middle aged man who leaves his wife is having a midlife crisis which will pass. Some men get over their midlife crisis but they remain separated and then seek a divorce, especially if the couple doesn’t address the problems that lead to him leaving in the first place.

Things You Can Do To Increase The Chances That He Will Come Back To You, Even If He Is Having A Midlife Crisis: First of all, the worst thing that you can do is dismiss this. No matter why your husband left, he has left and that makes this a serious issue. The second worst thing that you can do is to make fun of him or tell him that he’s acting like a stupid old fool, even if you believe this to be true.

It’s very important to understand that often, the basis of the midlife crisis is a feeling of vulnerability when someone faces their own mortality. This isn’t a great feeling. Understand that your husband is likely feeling very unsure of himself and vulnerable right now. And his midlife crisis is often his attempt to address this. So pointing out that he is old and silly is not going to help. The result will often be that he will be ashamed and embarrassed on top of feeling vulnerable and scared and he may well associate these feelings with you.

I know that this is not easy, but the best course of action is often to try to make it appear that you have your husband’s best interest at heart and that you are doing your best to have patience as he works thought this. So don’t say something like: “you old fool, you’re leaving me because you’re having a midlife crisis. Do you know how silly you look on that motorcycle or in clothing that is decades too young for you?” Instead, consider something like: “I see that you’re evaluating several areas of your life right now. I agree that we both deserve to be happy during this phase of our lives. I want to be happier as well. Once you’ve worked some of the issues out, I’d like it very much if we could work together to create the life that makes us both excited and enthusiastic.”

Yes, many men do pass through a midlife crisis and eventually return back to something close to their normal life. And others return to their normal personalities but still decide that their marriage no longer works for them. That’s why it’s important that you try to work with him to develop a life style that works for both of you. No one was asking this wife to go skydiving if that didn’t appeal to her, but she might actually enjoy spending some time on the back of her husband’s motorcycle. It might bring back a spark which could help a great deal.

To answer the question posed, there was no way for me to tell if this wife’s husband was going to come back after his midlife crisis, but there was plenty she could do to increase her odds of success. She could vow not to minimize his midlife crisis and she could place her focus on having patience and trying to cultivate the life and the marriage that would excite them both. Because at the end of the day, they probably both wanted to maximize the rest of their lives. But maximizing their lives together was the ideal.

- Advertisement -
Previous articleOpen Source Development – Secure or Not?
Next articleThe Impact and Consequences of AIDS/HIV in India